Sue’s Stepper-ettes Parade and Dance Team was formed in 1973. The group has grown to be the largest baton twirling and dance organization in the Midwest. Youth between the ages of 4 and college participate.

In November of 2010, the Stepper-ettes were honored to have been chosen to march in the Macy’s Thanksgiving Day Parade and perform on national television in front of the Macy’s Store!

In the summer of 2017 the Stepper-ettes Batman Vs Joker routine went "viral" on Facebook with over 100,000 views.

In 2018, 62 Stepper-ettes traveled to Dublin, Ireland to march in the St. Patrick's Day Parade!  It was a cold day but such an incredible experience!

Sue Foehlinger began baton and dance lessons at the age of seven. In 1973 at the age of 14, Sue formed her first group of students which later became known as the Stepper-ettes. As an adult, Sue completed seven additional years of dance training. Sue is an accredited baton twirling judge and has judged many state, regional, and national competitions. 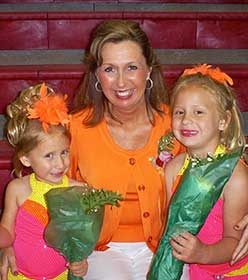 Tami Foehinger-Koel began twirling at the age of 3. She also has training in dance and gymnastics. She was a member of the Ralston High School Dance Team, a feature twirler for the Cornhusker Marching Band and a contestant in the Miss Nebraska Pageant system. Tami was a member of Team USA at the baton twirling world championships held in Italy in 1996, England in 2000, Holland in 2006 and Belgium in 2009. She served as coach of the Stepper-ette’s senior team who won the world championships in Switzerland in 2012. 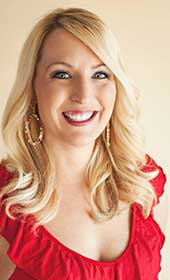